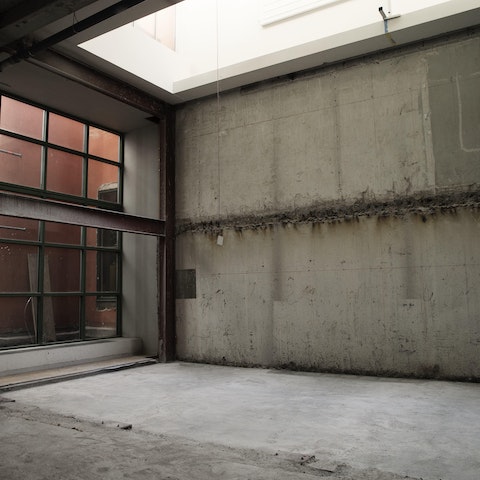 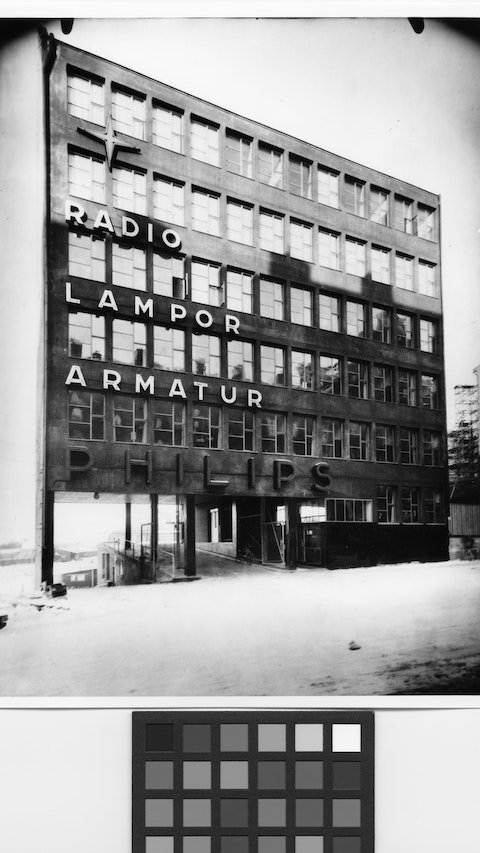 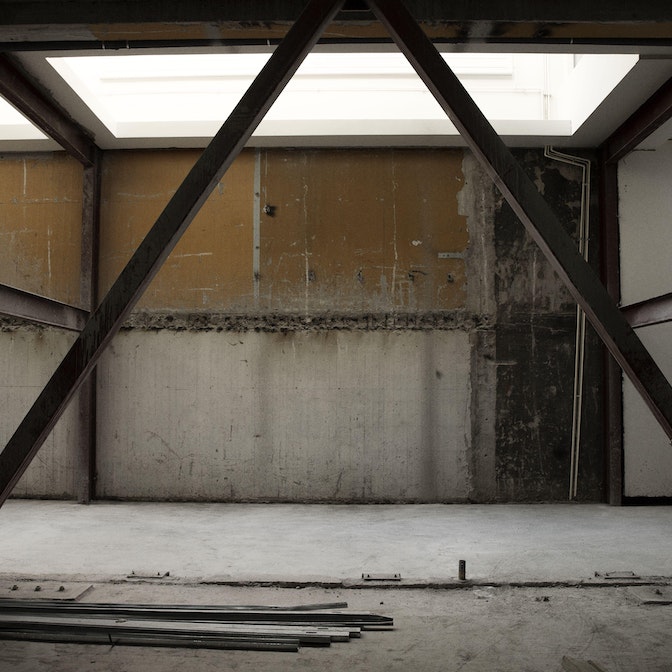 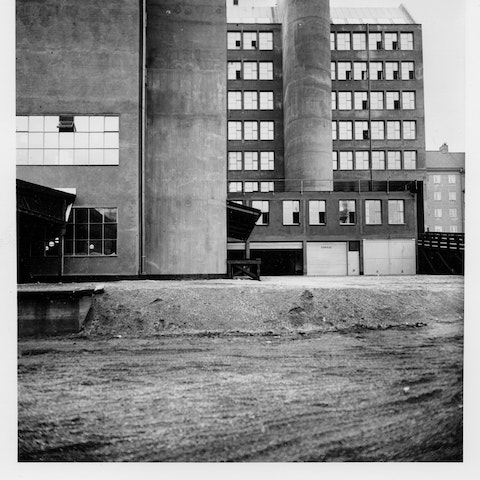 In 1930, the world famous architect Sigurd Lewerentz designed a warehouse for Philips on Gävlegatan in Stockholm. In this building, we’ve now gotten the opportunity to team up with architects at Wingårdhs, and create a contemporary hotel with a design concept based on the history of Lewerentz and the heritage he left behind.

Lewerentz knew how to combine modernity with centuries-old history, and thereby make his work timeless. Blique by Nobis is no exception. The beautiful concrete building has a strictly repetitive façade and urban materials. Simplicity, elegance, and careful choices of materials are characteristics of his buildings.

"Magasinet is designed by the "master of the masters" when it comes to architecture. At first, the task was a bit intimidating, but then a dream come true really. To be able to study and be inspired by the detailing, the consistency, the use of materials was just a joy."
Says Helena Toresson, Vice Managing Director at Wingårdhs.

Almost 50 years after Lewerentz's death, the interest in his work is growing around the world. His eye for details and the ability to remove unnecessities are fascinating architecture enthusiasts all around the world. In October 2021, ArkDes in Stockholm is opening the first-ever comprehensive exhibition of the life and work of the Swedish architect. 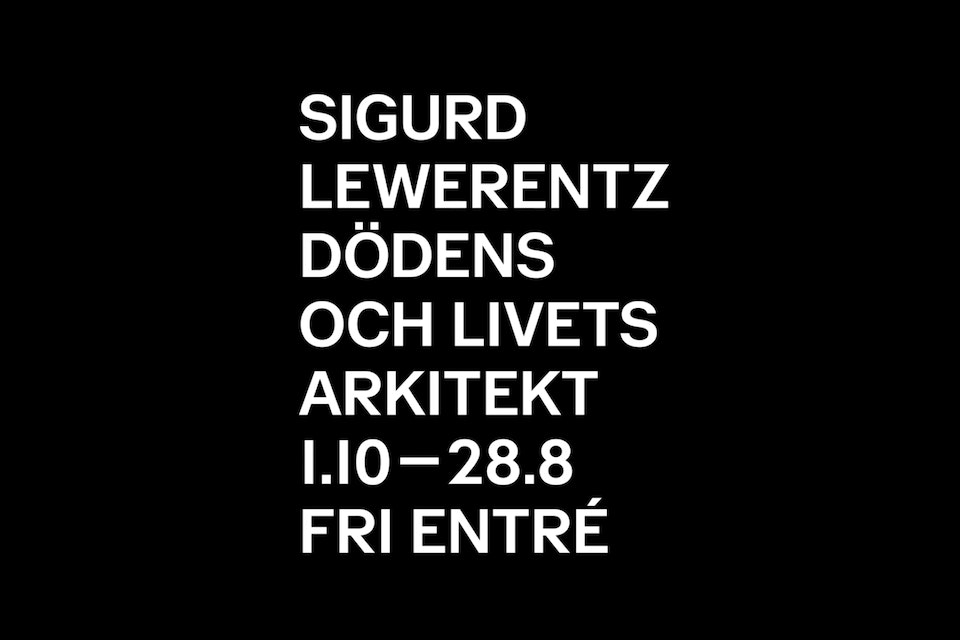 The Exhibition about Lewerentz at ArkDes is available October 1st 2021 - August 28th 2022 and displays his creative world. 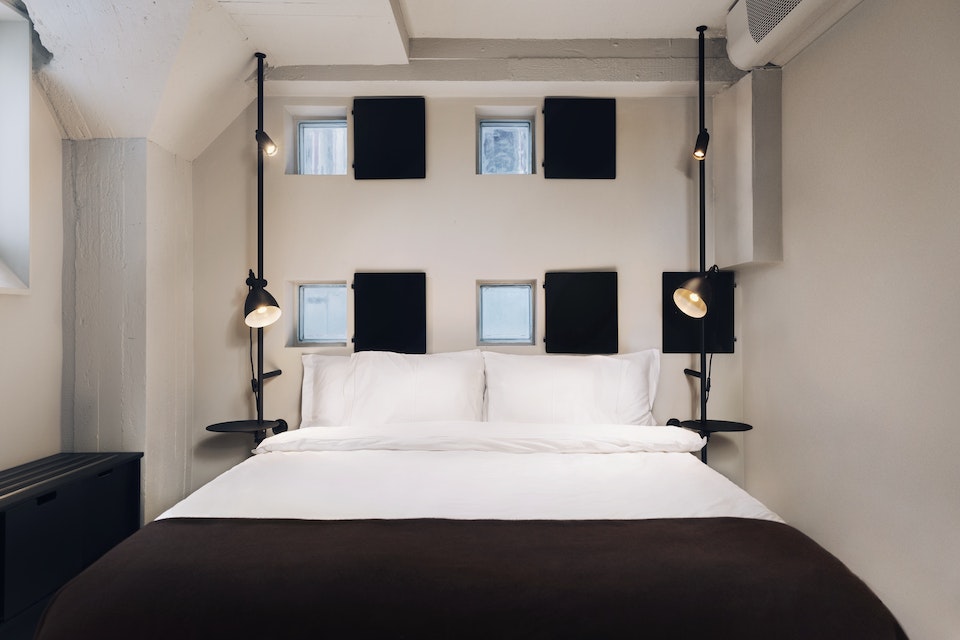 If you really want to feel the energy of Lewerentz arcitecture, come sleep over in our building Magasinet, designed by Lewerenentz.

Lewerentz is present as a visual force throughout our graphic identity. The font in our graphic identity is inspired by a font that Lewerentz designed for The Stockholm Exhibition in 1930, the same year he also constructed the buildings that are now Blique by Nobis. This was an event that had a great impact on architecture and interior design in the years to come and is considered the breakthrough of functionalism in Scandinavia.

A collaboration in 2016 between typeface company Letters from Sweden and Fredrik Gruber became the outcome of the font Funkis. The characters are heavily inspired by the letters that Sigurd Lewerentz made for his poster for The Stockholm Exhibition in 1930.

"Of course we chose Funkis as our font and here we found a graphic foundation to stand on. The colors are an important part of the graphic identity and the color combinations are inspired by the functionalism that was typical for Lewerentz, with a modern Blique-twist."
Says Blique by Nobis graphic designer Alice Garpenschöld.

To the right, you see the famous poster for The Stockholm Exhibition in 1930. Be sure to look closely and compare the font with the one we use in our headers. 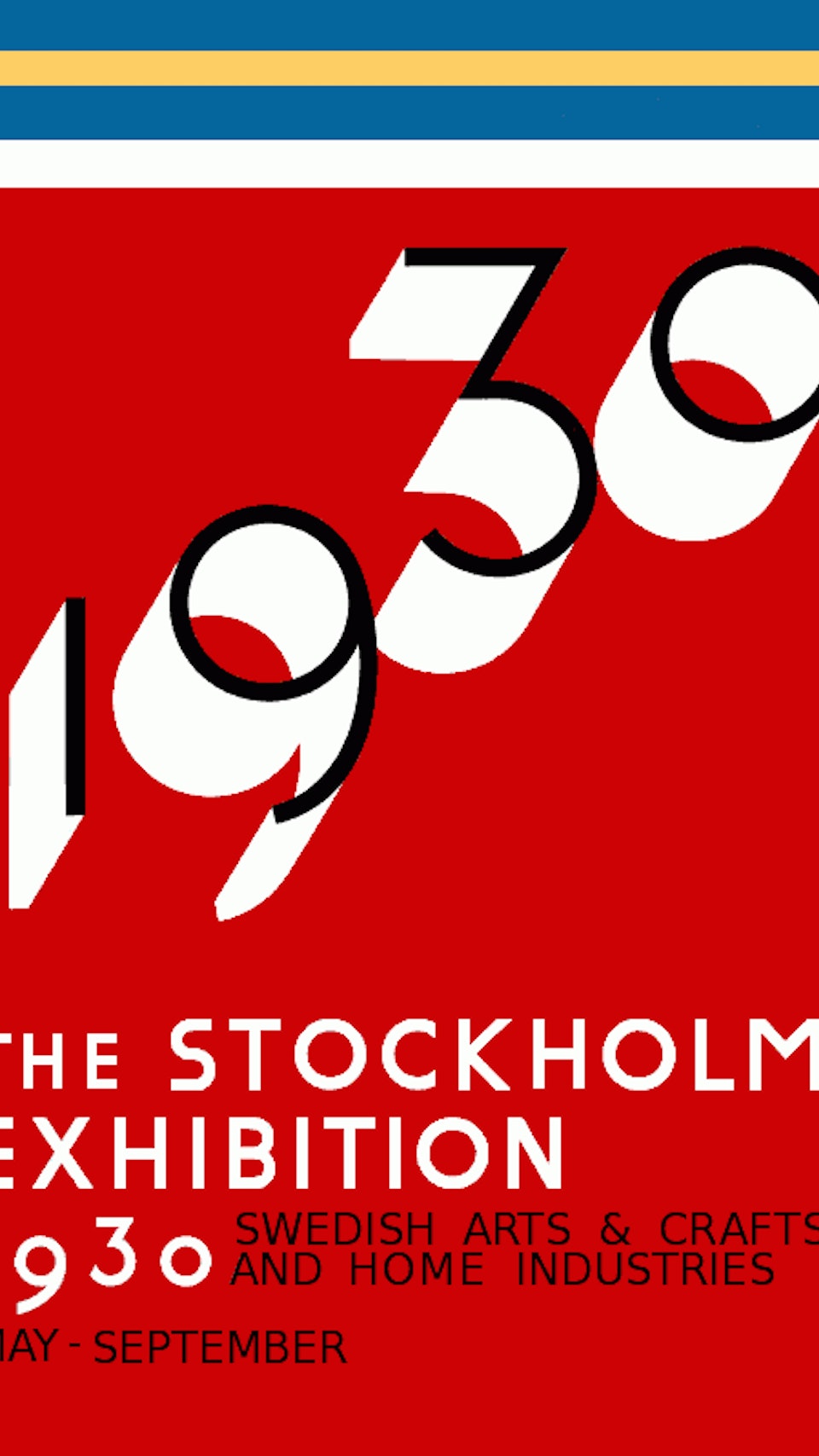 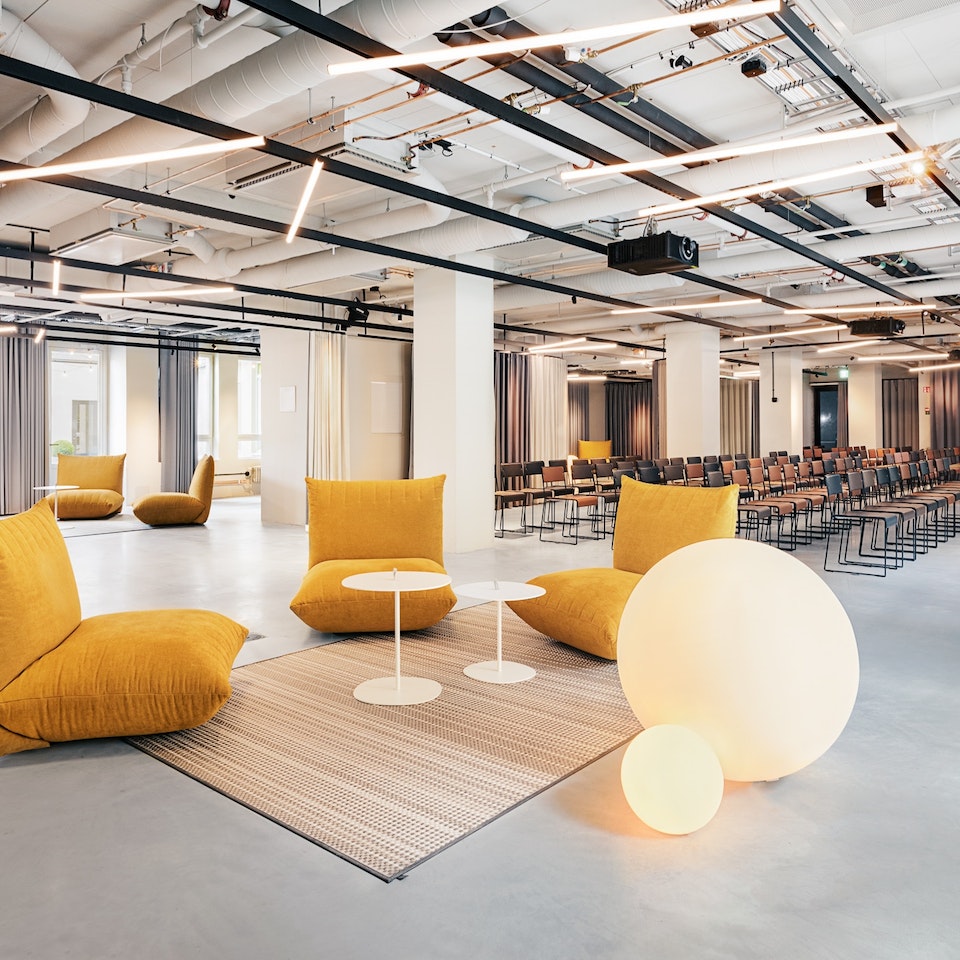 As a tribute to Lewerentz, we have named all of our event- and conference rooms after some of his famous buildings – for example, Markuskyrkan in Stockholm suburb Björkhagen, St Petri church in Klippan and the chapels St Gertruds and St Knuts in Malmö cemetery, just to name a few.